I dust off my old flyer making skills for my friend's band Antistar
February 16th, 2015  by Blaine Garrett

I'm back doing concert flyers for my friends' band  - this time around for Antistar's show at the end of the month.

Antistar is made up of most of the members of Minus Poseur, who I used to do flyers for around 2004-2006. The old flyers were fun to do, but I rarely had enough turn around time to put much effort in to them.

The below flyer turned out pretty well I think. It is an astronaut being sucked towards a black hole. The anstronaut was drawn in such a way that I can easily turn it into a stencil. Having a bit more time on this flyer than previous ones, I was able to futz a bit more with the layout. I'm not a designer, but my designer Wife looked at it after the fact and gave me a passing grade. So that makes me happy. 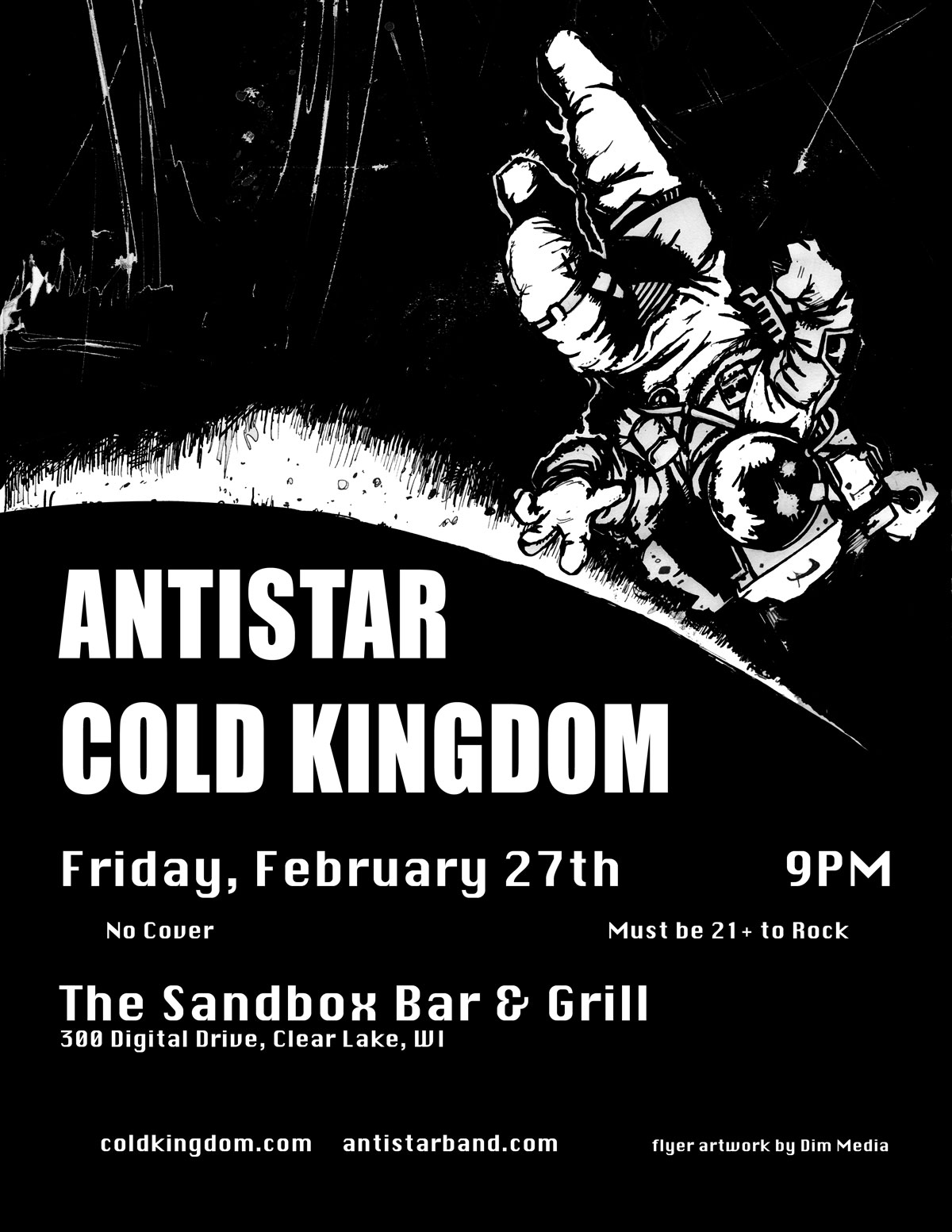